When the truck arrived it was a crisp 24 degrees out, and somewhere around 8 degrees with the wind chill. 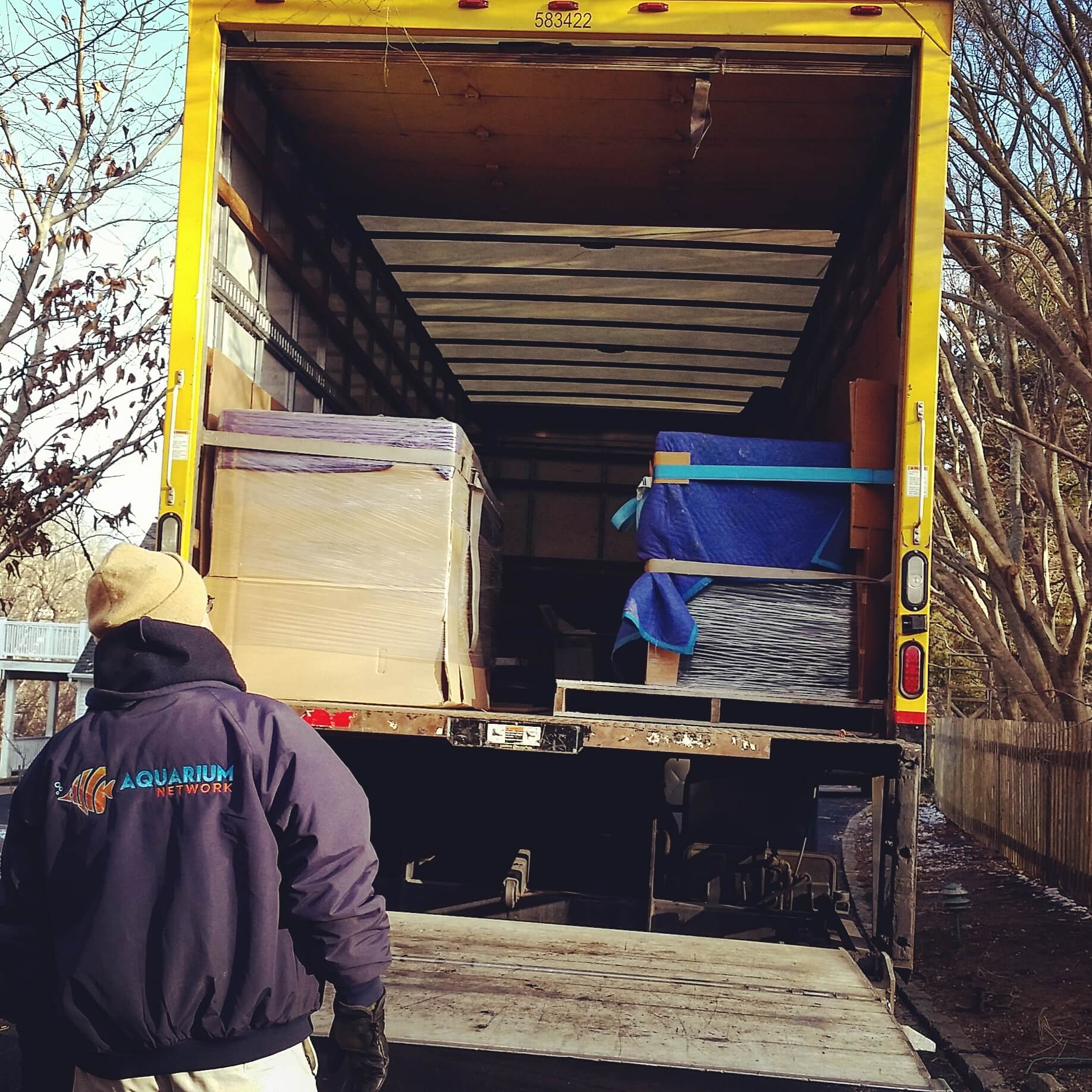 A shot from inside the truck. We were actually lucky that the truck was able to back up that close to the house. You can see in the previous picture all the low trees that the truck was barely able to clear. Otherwise it would have been an extra 300 feet of driveway to roll the tank down. 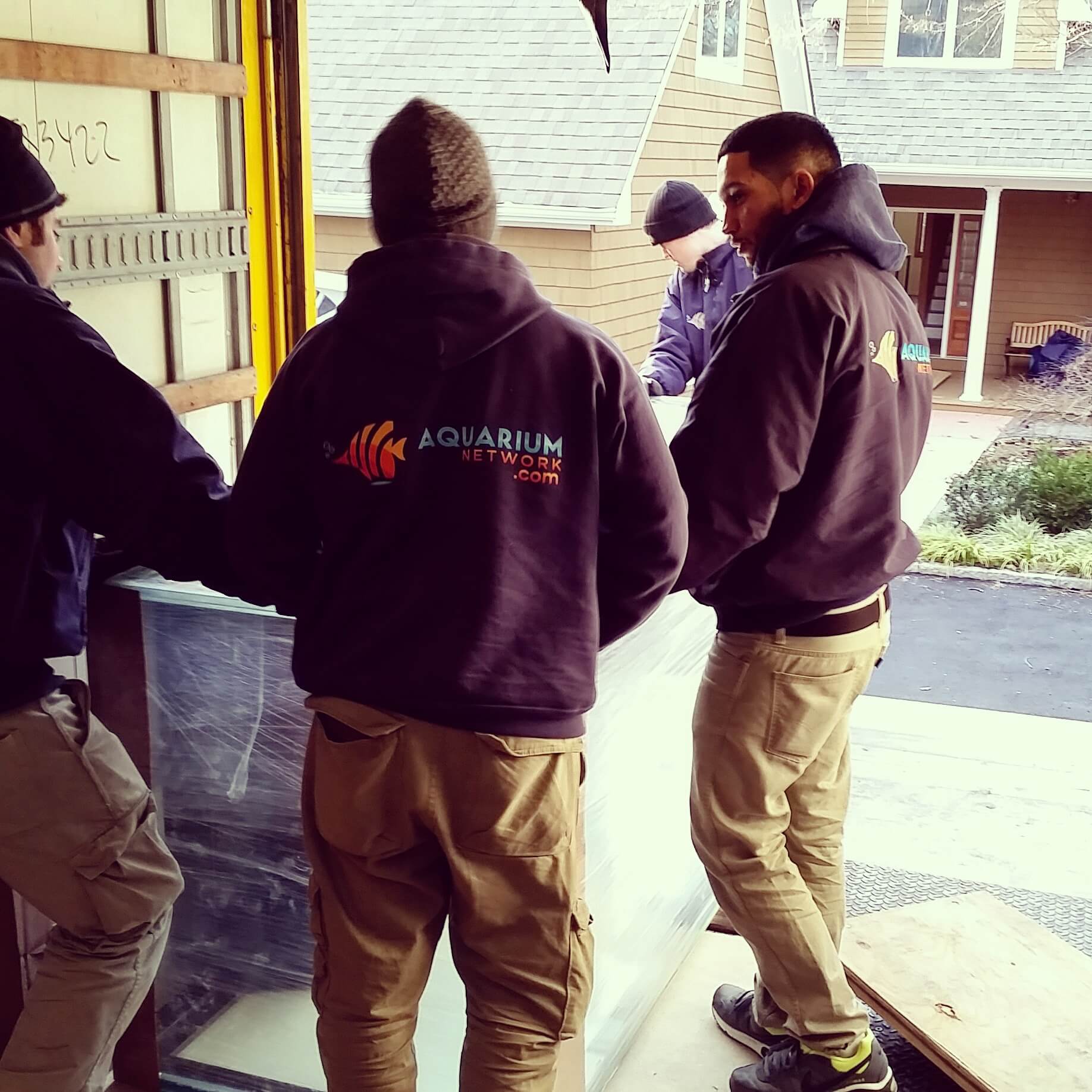 Brian, Matt, and Jean were a little busy, but I still got them to pause for a picture. You can see how close the tank was to the door frame on both sides here. We had to use cardboard to protect the tank from getting scratched by the frame. 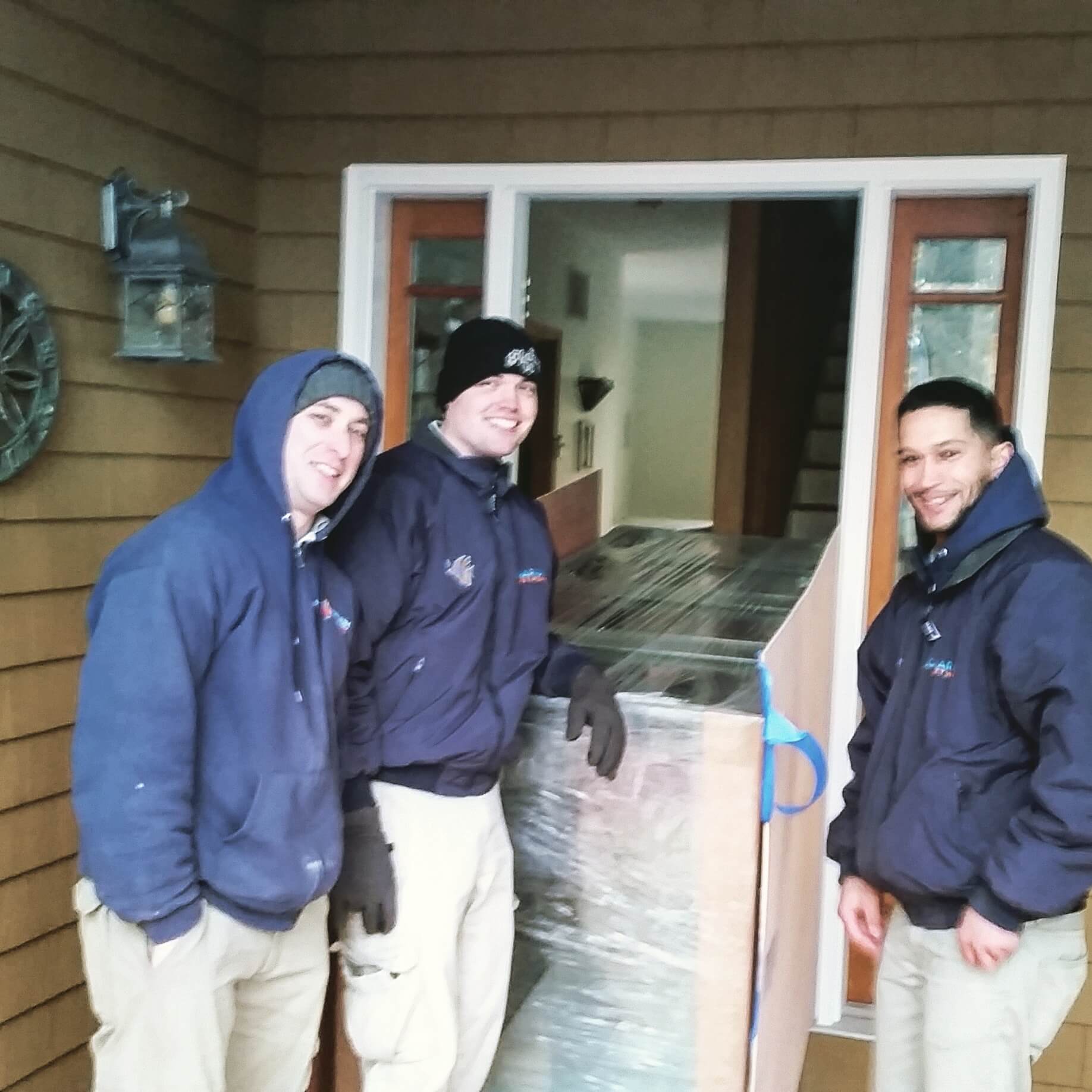 It took a little work, but we got the tank inside next to the stand. Now all we have to do is get 1500lbs 36″ into the air and safely onto the stand. Oh, I also leveled the stand before putting the tank on so we need to do this without moving the stand. (I think I saw some of the guys rolled their eyes when I mentioned that.)

Here’s the tank on the steel stand. What? You thought that was going to be difficult? Ok, maybe it took a little engineering, and some muscle, but it’s on there. We didn’t even move the stand… that much.

This is what the area looked like before we brought the tank in:

Here’s the tank with the cabinetry in place. It actually has vertical corner pieces to give it a more finished look, but they need some adjustment so they will have to go on later.

Couldn’t have done it without such a great group of guys.

Thanks for reading, on the next install day I will be installing the plumbing for all of the filtration so stay tuned. 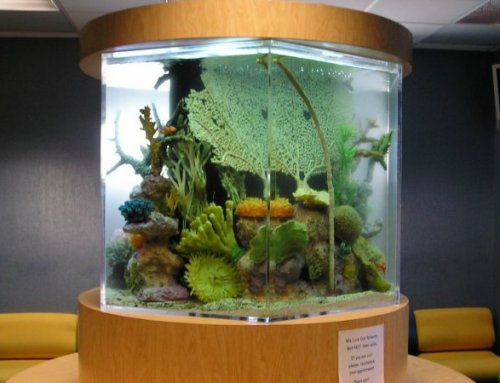 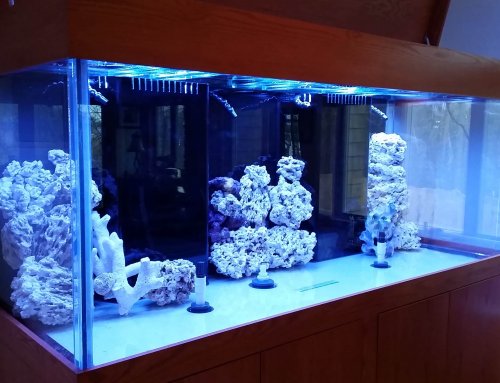 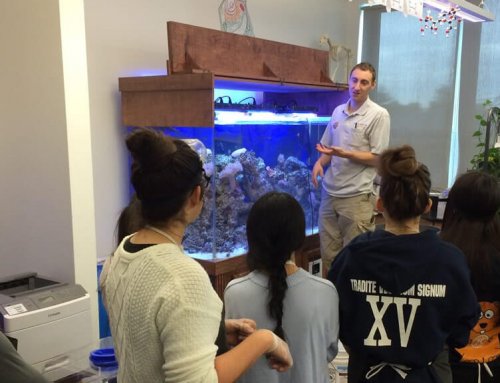 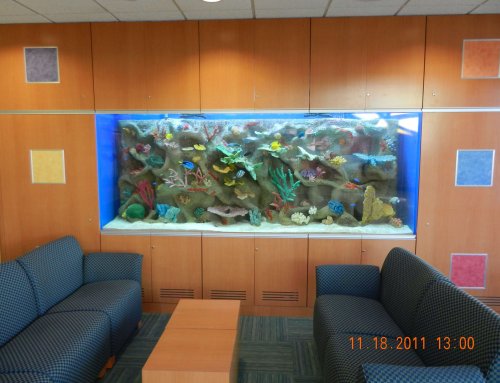 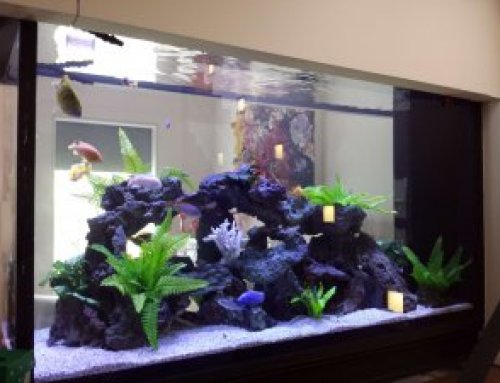