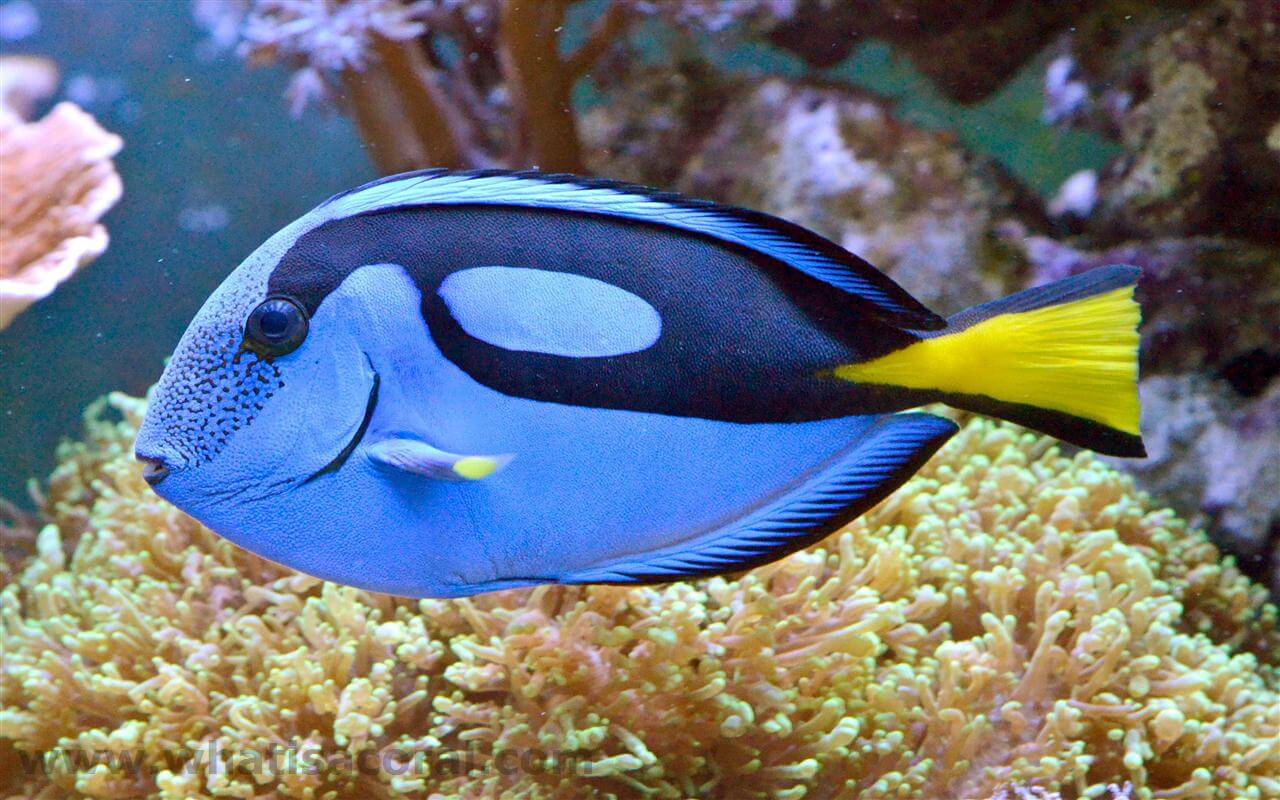 Regal Tangs are not a great choice for beginners, although they are one of the most popular fish for aquariums. These Pacific Blue tangs can get up to about 12″ in length in the wilds and will typically reach 8-10″ in captivity depending on tank size and feeding. The Hippo Tang is one of the most active swimmers of the available tangs. They will need at least a 75 gallon tank (284 liters), preferably larger, to allow for adequate swimming space. They love a combination of large areas to swim freely and good hiding places to go and get away from any threats (real or perceived.) The hippo tang scares very easily and can become stressed if they do not have a cave or rockwork to hide in. Care needs to be taken when keeping them with other tangs since they will usually fight with others that have the same body style. You can usually keep multiple Hippo tangs in the same aquarium however, as long as it is at least 100 gallons to allow for some separation. 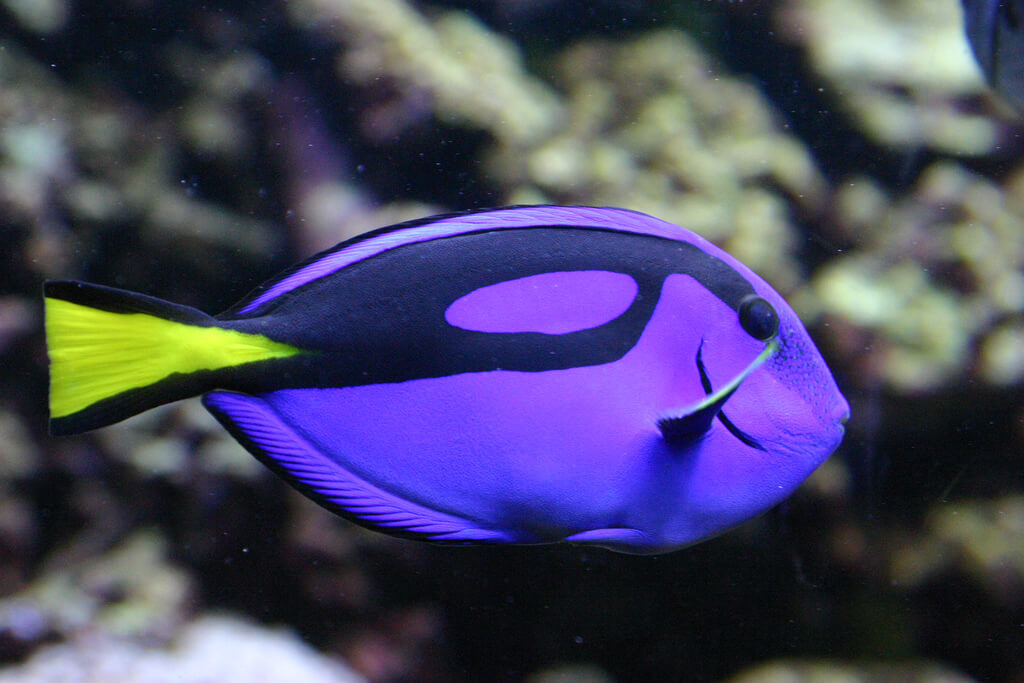 It is important that you feed tangs a good variety of live, frozen, and prepared formula foods. They primarily feed on marine algae and having lots of live rock in your tank will provide plenty of grazing opportunities in between meals. One of the keys to keeping tangs alive in captivity is to feed them multiple small meals per day to keep their tiny stomachs full. 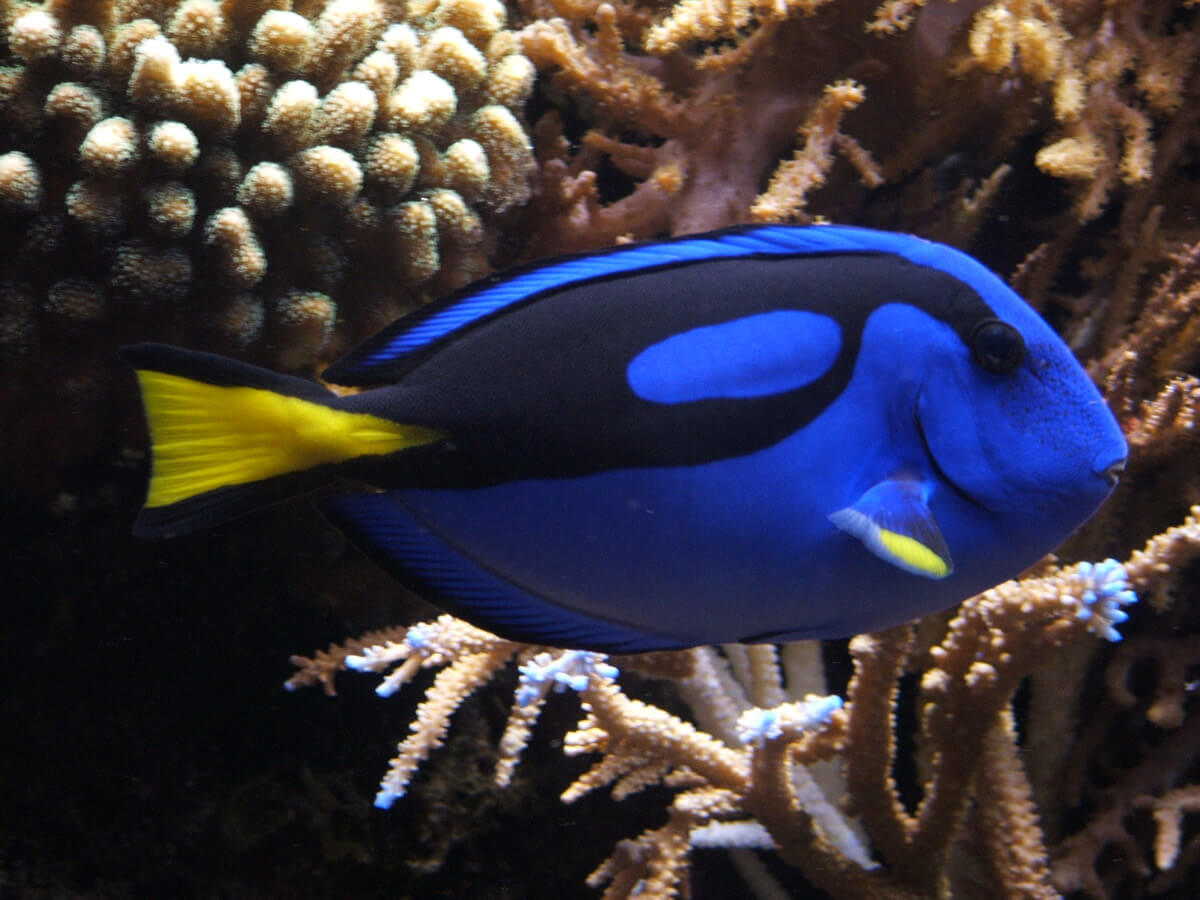 The Regal Tang was popularized by the movie Finding Nemo, in which the character Dory was a Regal Tang. The name “tang” is derived from German and refers to their predisposition toward seaweed. 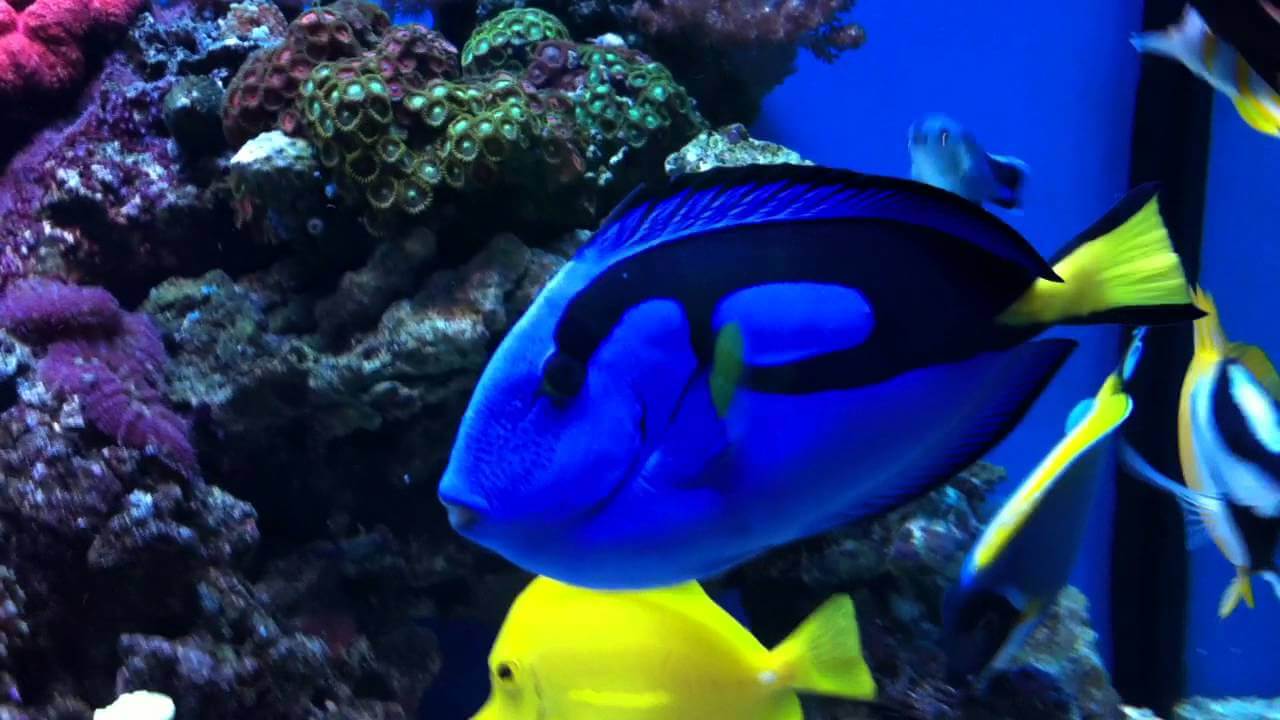 Be careful handling this tang with a net because they can get caught easily in the net. If this happens, gently and slowly move the net back and forth in the tank water. 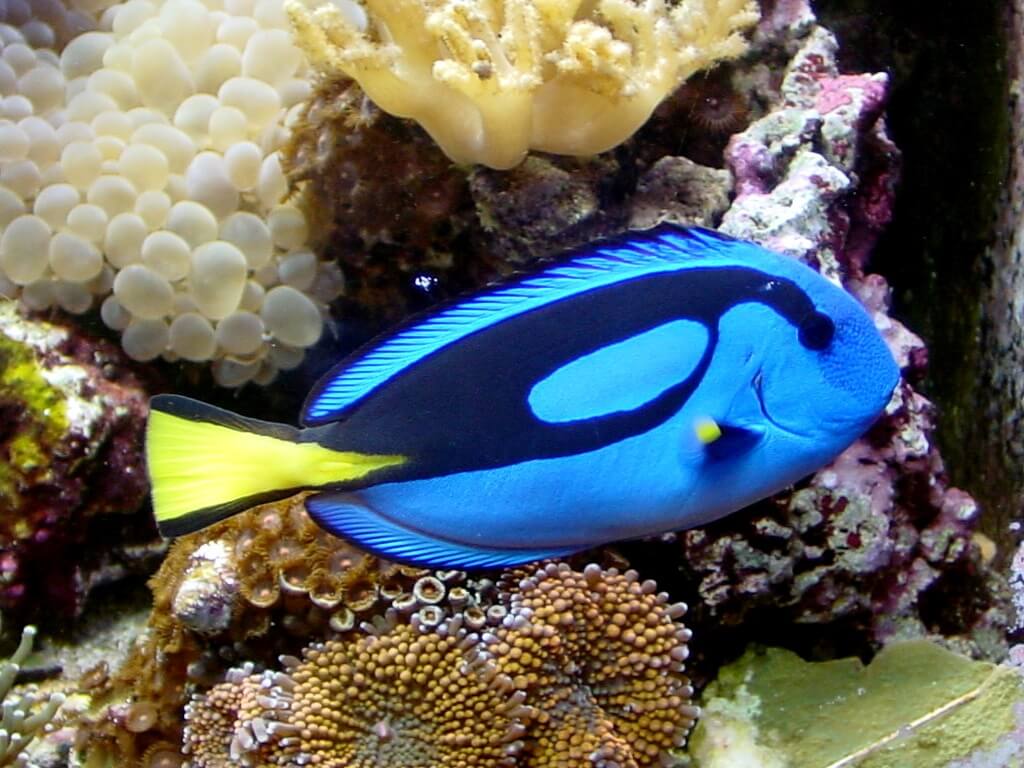